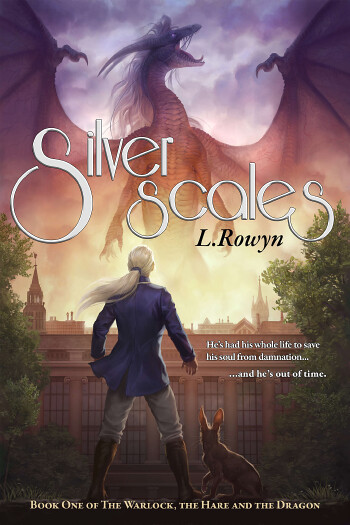 He's had his whole life to save his soul from damnation ... and now he's out of time.

The fate of Sir Damon Kildare’s soul rests on finding the silver scales of a living dragon, a quest the woman who damned him wants him to fail. Kildare expects to fail, too: the last dragon was slain eighteen years ago by humans intent on genocide. And the scales are only one part of the infernal challenge: there are two more he hasn't even identified, much less obtained.

But the daughter of the last surviving dragonslayer, Zenobia Gardsmark, is determined to save his soul. She has aid from unlikely corners: from Madden, Kildare's magical hare companion, to indomitable ogres and determined schoolgirls. She'll need whatever help she can get, because all the forces of Hell are against them, and time is running out...

Will God allow demons to drag a good man into the Abyss? And will Zenobia and their friends find the answer before it's too late?


Available now from an e-book-store near your mouse cursor!

Silver Scales would be different. In it, I wrote exactly the kind of book I wanted to read. It's shamelessly inspired by Diana Wynne Jones's lighthearted, cheerful fantasies. I put in my favorite tropes: magic -- of course! -- used to make everyday life better and easier. Talking animal companions! Religion, as both struggle and celebration. Romance! Intelligent fantasy races living alongside humans. Dragons! Men saving women in distress! Women saving men in distress!

Because I am all about people saving one another, y'all.

I wanted a story where people grappled with problems that mattered to them, but where those problems were not the totality of their lives, and certainly not their world. It's a book full throughout of both setbacks and triumphs.

This book, out of all my unpublished works, has lingered in the minds of early readers. Alinsa typeset an early version of it for me in 2015, as a surprise gift and in token of her desire to see it in print. "Publish Silver Scales," Lut said to me, every day, for months after I released A Rational Arrangement. "If people like ARA, they will love Scales."

There, Lut. I've published it.

This entry was originally posted at https://rowyn.dreamwidth.org/620357.html. Please comment there using OpenID.
Collapse