Health/Fitness
I ate fewer calories and exercised more in January than I did in either December or November! My weight is approximately the same! I don't care enough to change anything.
Calories and exercise levels had not changed a huge amount -- 100 fewer eaten and 20 more burned, basically. I might spend less time exercising less in February because by the end of January I felt like I was spending so much time walking and playing Pokemon GO that it was eating into my creative energy. I did not have creative energy in January.
Writing
Technically, I did some writing? About 1400 words. The Lord, His Monster and Their Lady is up to 50,300 words.
Whenever I go for a few days without writing any new fiction, I start to think "this is it. I am never going to write anything again." After my second straight month of writing less than five thousand words, the idea that I'm done with writing feels a lot more real. It's been hard even getting myself to ramble at random on 4thewords just to keep the streak there going. Most days, I didn't bother; I just went to the dashboard and clicked "repair streak" to extend it for the day instead. -_-
The Business of Writing
On the other hand, I did finish the second round of edits for The Twilight Etherium, so that's good. I wrapped it up on January 25, and then because I had zero interest in writing, I pulled out Spark of Desire and started editing it. As it's a self-indulgent novel, I have read Spark several times (well, at least my favorite parts) since I finished writing it, and it had far fewer structural issues that I wanted to correct than most of my books. My initial editing list for The Twilight Etherium had 43 points on it; Spark's had just 15.

Technically, I finished initial edits on Spark in February, not January, but I finished it on the morning of the first and it's done now.
Art
I actually did some drawing this month! Including finishing two color pictures. \o/ I should upload them to Flickr so that I can link them here. *does this* 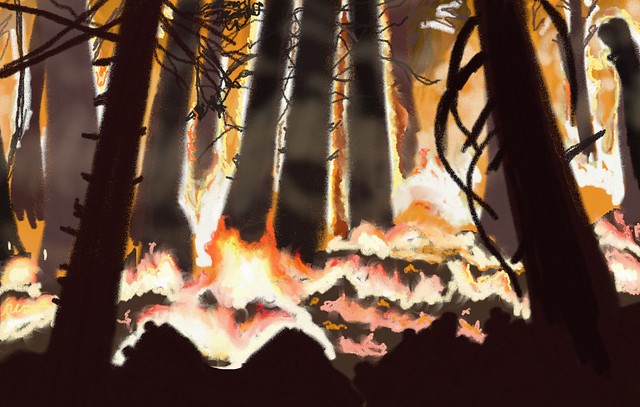 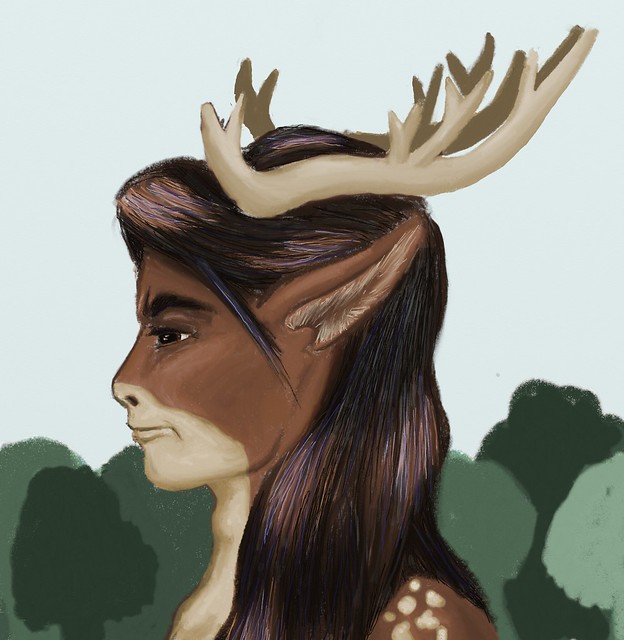 Other
I tried finding another person to repair the missing siding. The site I went through told me to get materials myself, so I ran around to various home repair stores trying to figure out what I needed and who had it, and eventually acquired a replacement siding shingle and a block of wood to replace the rotted one that had been underneath it. The handyman was scheduled to come on the morning of January 15 and -- you'll never believe what happened!
HE SHOWED UP. On the right date and at the right time! And then! HE FIXED THE SIDING.
IT'S AMAZING.
I hired him to replace a rotting board along the outside of the house's extension, between the attic and the first floor. He fixed that too, so this is going great. He's going to come back to do some weather-protection measures on it. I will no doubt hire him for other stuff. I have so much broken house stuff.
Gaming
I started playing Civ V again a couple of weeks ago. (No, not Civ VI -- the previous version, from 2010.) I haven't sunk as much time into it as I thought -- a little under 2 hours a day. I think I am mostly playing Civ in lieu of browsing Twitter/Discord/Mastodon, rather than in lieu of actual creative stuff. On the one hand, I haven't been writing since I started playing Civ again. On the other, I finished editing two manuscripts since I started playing Civ, and I hadn't been writing for a month before I started playing again. It's probably not reasonable to blame my slump on Civ.
Happiness
There were several grimly depressed days. Lut has TMJ issues, which are not covered by insurance and are expensive, so money stress is back. I am out of cope. which means that any unexpected problem, no matter how trivial, makes me scream and rant with rage and despair.
I hate running out of cope.
Goal Scorecard
Goals for coming month
I should probably put a "reach X% complete" down for the writing one but this level of ambition exceeds me. It is what it is.
This entry was originally posted at https://rowyn.dreamwidth.org/646788.html. Please comment there using OpenID.
Collapse