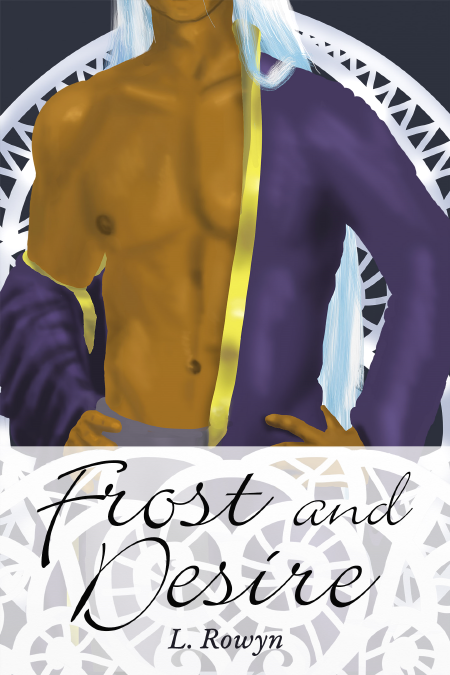 Frost and Desire
Print | e-book
Frost, master sorcerer, wanted an apprentice: someone who would perform the tedious parts of sorcery, while Frost enjoyed the more sophisticated and varied aspects. Sorcery-bound individuals are vanishingly rare, so when he stumbled upon one who'd been overlooked by testers, he counted himself lucky indeed. No matter if the boy was old to begin an apprenticeship; he would learn.
After growing up a bastard and a whipping boy, the promise of a future as a rare powerful sorcerer seemed impossible to Thistle. He braced himself for failure and disappointment.
But nothing could prepare him for his growing attraction to his master. And it turns out there is one thing worse than an unrequited infatuation with one's mentor:
Having it reciprocated.
Author Comments
Woo! Finally done!
Frost and Desire is a standalone M/M fantasy romance in a new setting. I thought of the idea for this story in 2015, wrote most of an outline, and then trunked it as too self-indulgent. Last year, after I finished drafting Angel's Sigil, I decided I was entitled to indulge myself for a little while.
The self-indulgent part: one of my favorite variations on the "hurt/comfort" trope is when one character hurts another and then feels awful and guilty about it and spends the rest of the book trying to make up for it. In real life, this does not make for healthy relationships. But this is fiction, and it can be just as much fun to read about relationships that don't work in the real world as it is to read about magic systems and interstellar spaceships that don't work in the real world, either.
I enjoyed writing this book, and I enjoy re-reading it even more. It is so finely-crafted to cater to my particular tastes that I will not fault anyone else for finding it unappealing. But if it sounds intriguing to you, I daresay you will love it!
Spoliers and Content Notes
This novel depicts a relationship that begins as healthy and platonic but eventually becomes abusive. After the breaking point and a long separation, the characters gradually work their way to their happily-ever-after. This is a fantasy. It is not intended to suggest that real-world abusive relationships should be "worked on" until they become healthy ones, or that teacher-pupil romances are a good idea (they are not even a good idea in the story). Novel contains an incident of mind-control, nonconsensual sex transformation, and rape. Also contains explicit sex and consensual bondage. It is not erotica; sex scenes comprise very little of the book. Similarly, despite some dark scenes, most of the book is upbeat: it wallows in the "comfort" side of hurt/comfort.
Thank you for reading!
This entry was originally posted at https://rowyn.dreamwidth.org/636372.html. Please comment there using OpenID.
Tags: book release, frost
Subscribe